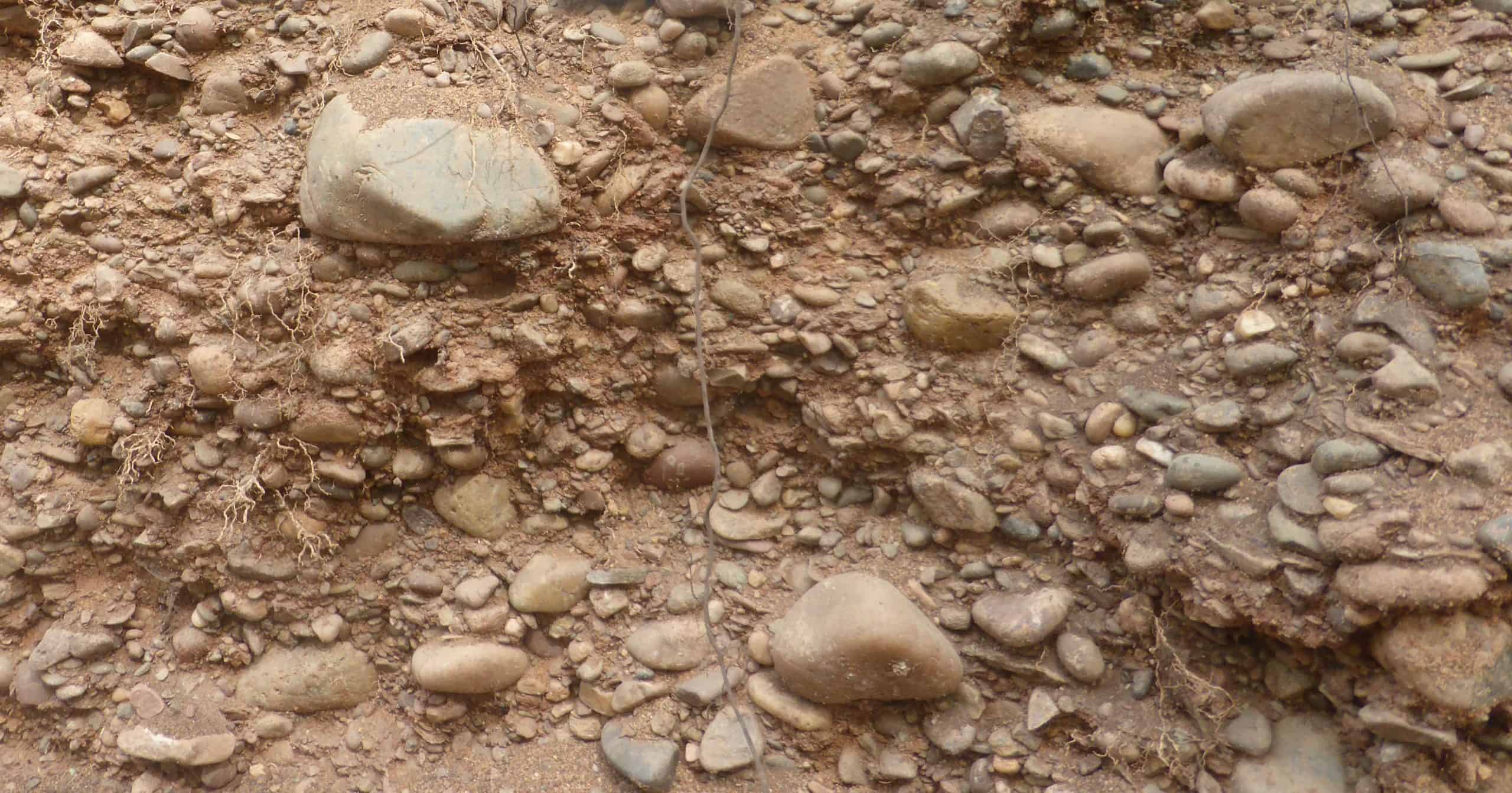 The Clent Formation at Sling Gravel Pit is a breccia consisting of poorly sorted, angular, locally derived clasts, set in a matrix of sandy mudstone and mudstone. The clasts have been described as a mix of igneous intrusive and volcanic rocks, sandstones and limestones, probably derived from nearby Precambrian volcanics, Silurian sequences and the Lickey Quartzite respectively. The unit also contains derived fossils, most likely from the Silurian sandstones and limestones. The breccias contain rare cross-bedding, indicative of deposition in flowing water. The formation is interpreted as consisting of flash flood deposits.

At Sling Gravel Pit, the Kidderminster Formation lies unconformably over the Clent Formation. The unit here is represented by poorly sorted but well rounded pebbles ranging in size from 0.5-5cm that are thought to be sourced from south of the English Channel. The conglomerate varies from grain- to matrix supported. The clasts themselves are dominated by grey and red-brown quartzites and vein quartz but with minor amounts of Ordovician and Devonian-age sediments, volcanic and metamorphic material and rare grains of the mineral tourmaline. Derived fossils from the Ordovician and Devonian sediments are also present.

Breccia – Sedimentary rock consisting of angular rock fragments that have been derived from other rock units and set in a background (or matrix) of fine grained sand, silt or mudstone. Breccias may be formed either by water transport or by shattering along a fault zone. The former interpretation is relevant to the Clent Formation.

Derived fossils – Fossils that have been weathered out of their host sedimentary rock and deposited in a younger rock via weathering, erosion and transport. Derived fossils are common in breccias and conglomerates.

Cross-bedding – Sedimentary structures formed by the formation of sand dunes and current ripples in moving water.

Unconformity (sic unconformably) – A surface between two rock units that represents missing time. An unconformable surface, which is typically an erosive surface, indicates that the deposition of rock units on either side was not continuous.

The step between the lower and upper quarries.