The intrusion is widely known as the ‘Shatterford Dyke’, however the structure is apparently intruded parallel to the grain of the country rock, meaning that it is technically a sill.

The Witnell’s End Quarries are a series of at least six disused quarries scattered in woodland along a prominent ridge. It is bounded in the west by a stream and in the east by the eastward sloping ridge-side. There is evidence of significant quarrying with some good exposures, plenty of quarry waste and scree. There are also good natural outcrops in the stream bed.

The intrusion is well exposed in two of the quarries, where it has a dolerite composition. It is a hard, dark grey, fine-grained rock with well defined jointing that dips steeply to the east. Spheroidal weathering is present in some of the exposures and where it has been intensely weathered, the rock takes on a brown colouring and is more prone to erosion – this eroded material forms the scree deposits.

The Shatterford Dyke is intruded into the Etruria Formation, which consist of grey, brown and red clays and are seen towards the north end of the area of interest. It is possible that the contact between the dolerite intrusion and the host sedimentary rocks may be exposed in a stream bed but this has not yet been located. 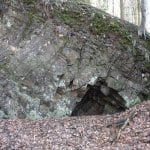 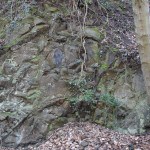 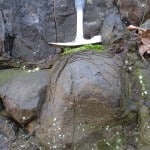 Spheroidal weathering in the dolerite dyke. 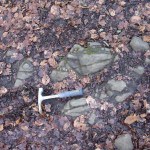 Exposures of dolerite in the path near to the Witnell’s End Quarries. 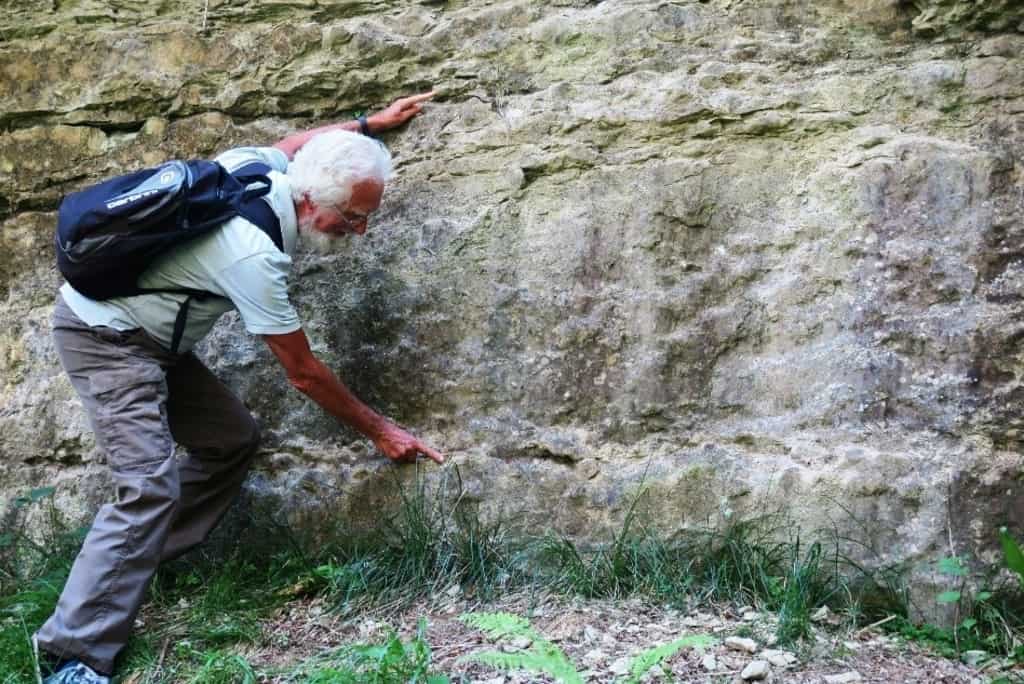 February 2, 2021 Pitch up to Mortimer Forest for a World-Renowned Silurian Site Read More
We use cookies on our website to give you the most relevant experience by remembering your preferences and repeat visits. By clicking “Accept All”, you consent to the use of ALL the cookies. However, you may visit "Cookie Settings" to provide a controlled consent.
Cookie SettingsAccept All
Manage consent