All units here are dominated by grey or olive siltstone that is thinly bedded and often laminated. Thicker beds, up to 10cm, are in evidence and there are numerous examples of low angle current bedding. Harder grey nodules occur in places and there is one occurrence of a boulder with a siltstone drape. Some bedding planes contain abundant fauna, mainly small brachiopods and sparse graptolites, which correspond to the Lower Leintwardine Formation. This fossil assemblage continues along the outcrop for ~60 m where, on the right hand side, there is an abrupt lateral change to a soft khaki blocky mudstone with a prolific graptolite fauna. This lithology corresponds to the older Elton Formation. The sudden lateral change in lithology has been interpreted as a submarine channel, which was carved into the Elton Formation. This channel was then subsequently infilled by material from the younger Upper Ludlow Shales Group. 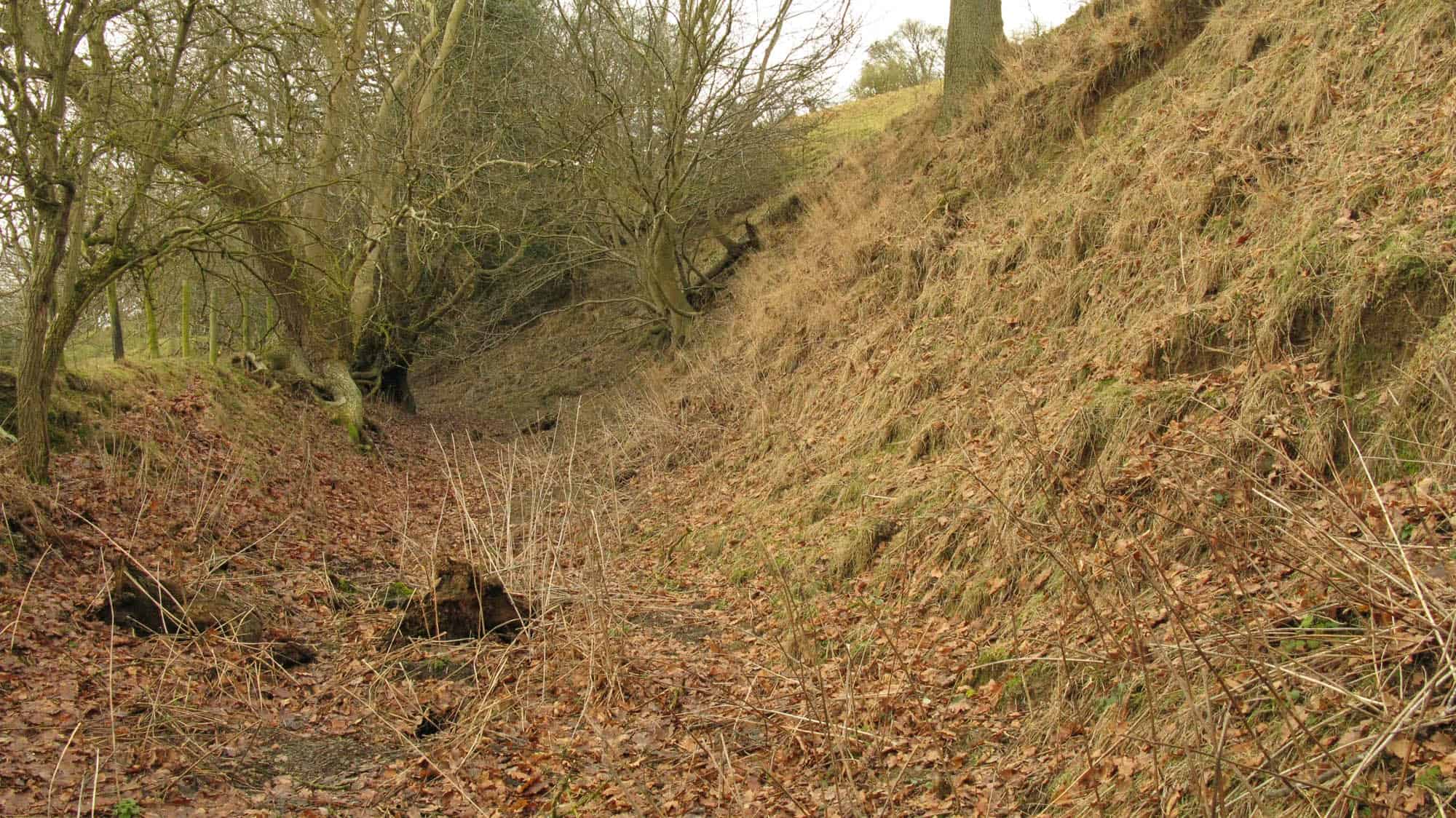 View along the land towards the quarry on Trippleton Lane. 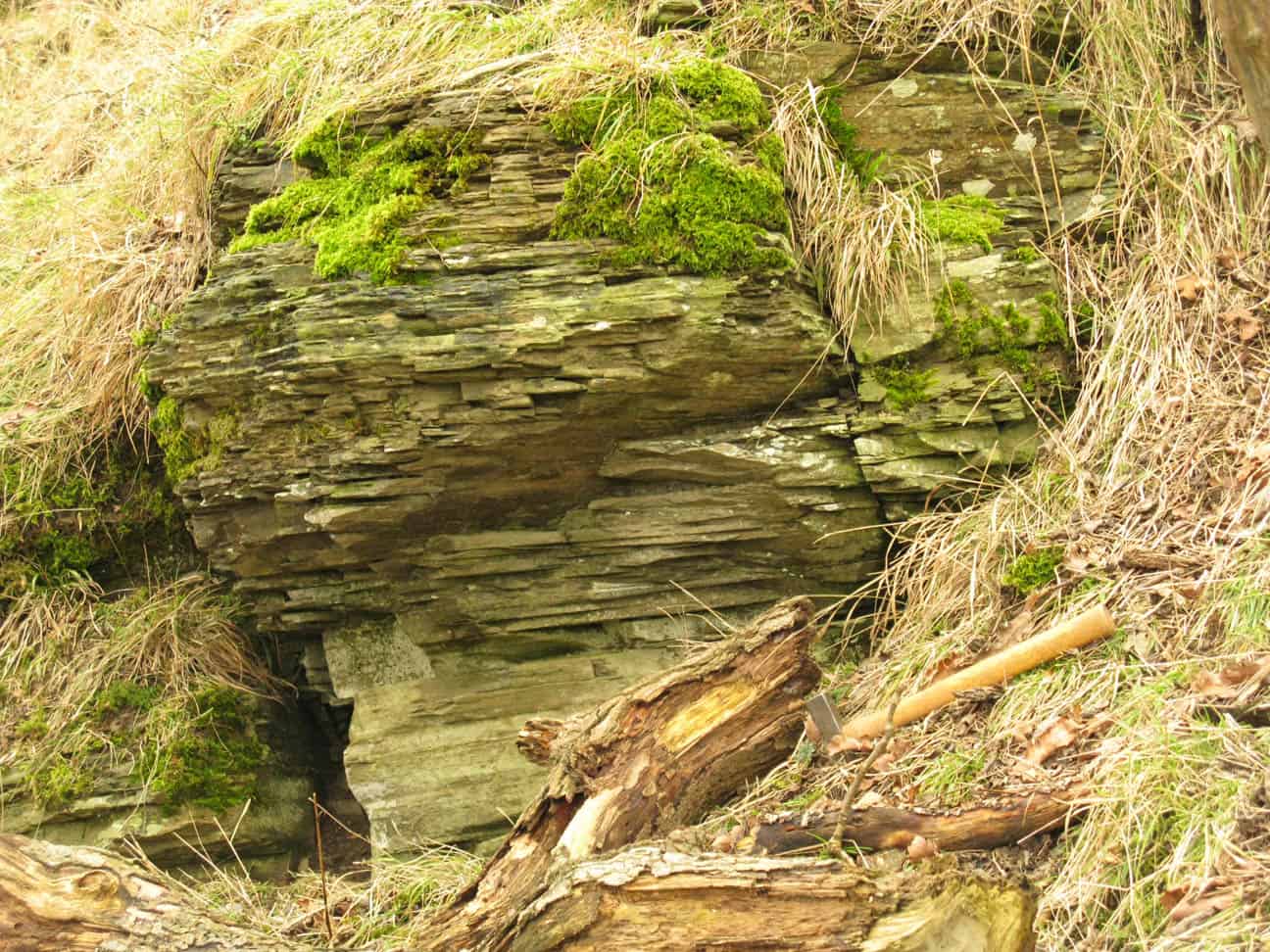 Well-defined bedding in the Elton Formation. 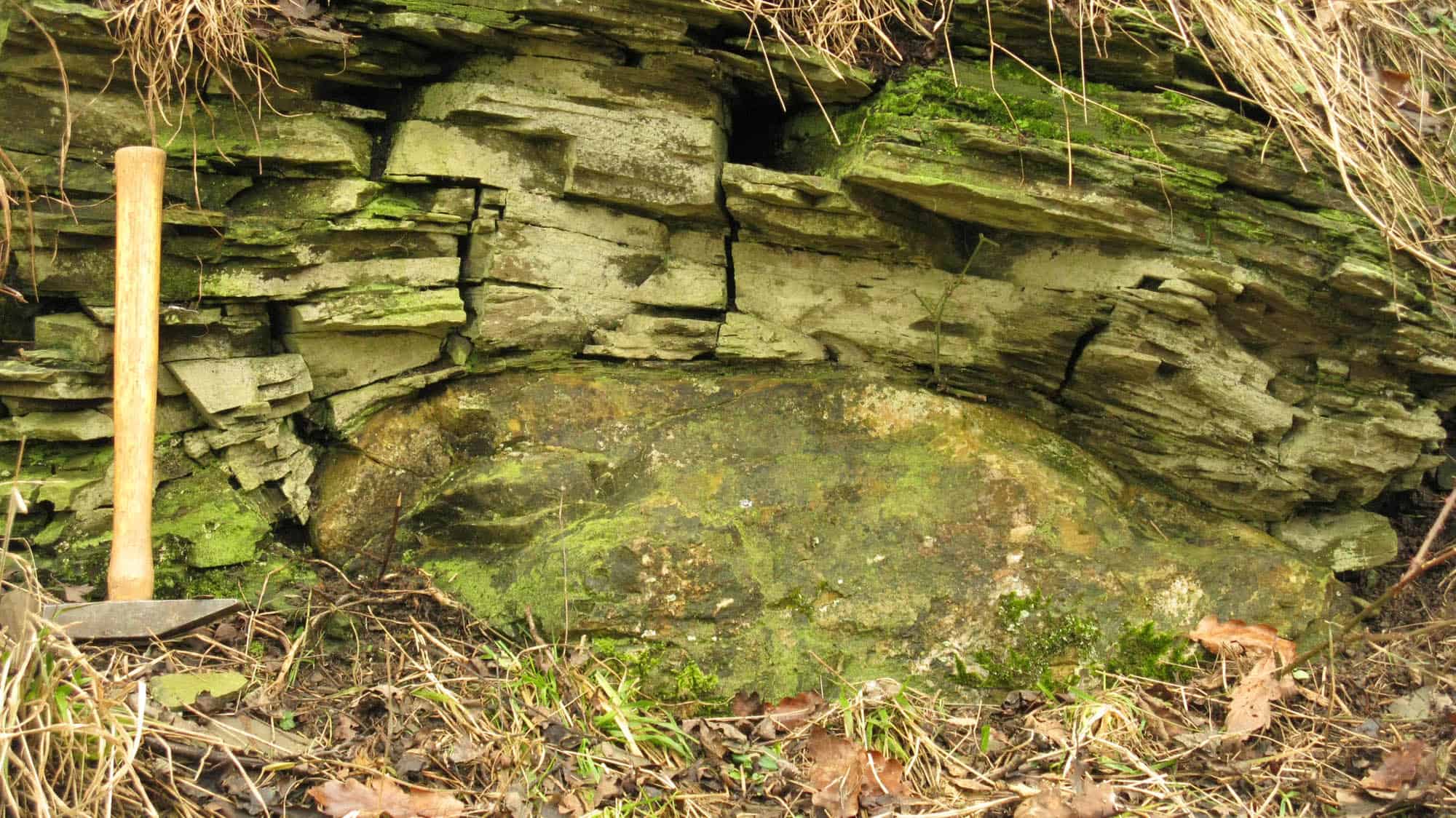 A boulder lying in the bottom of the submarine channel, that has been buried by the Upper Ludlow Shales. 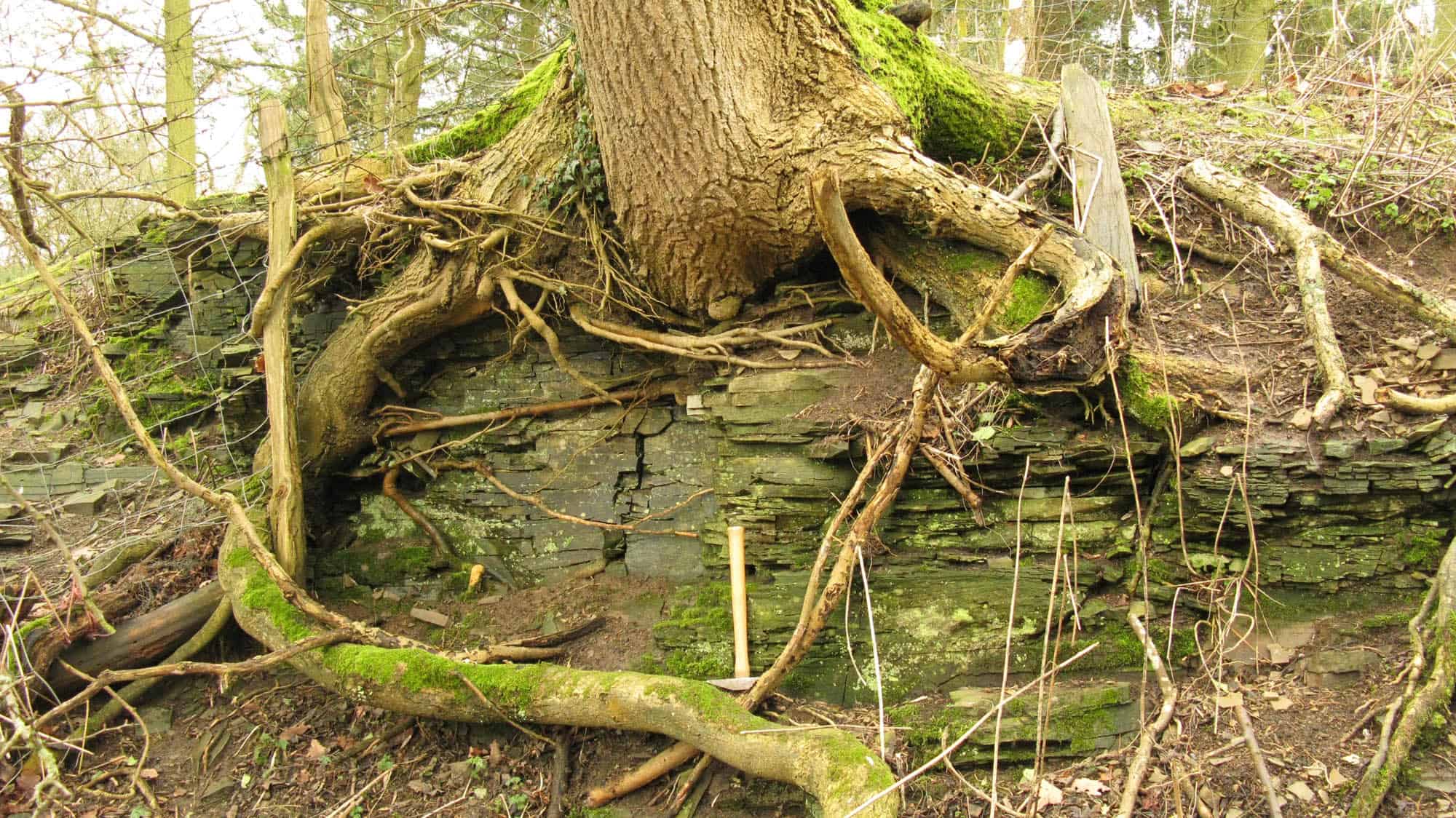 Current bedding in the Upper Ludlow Shales (in the thick bed to the right of the hammer shaft). 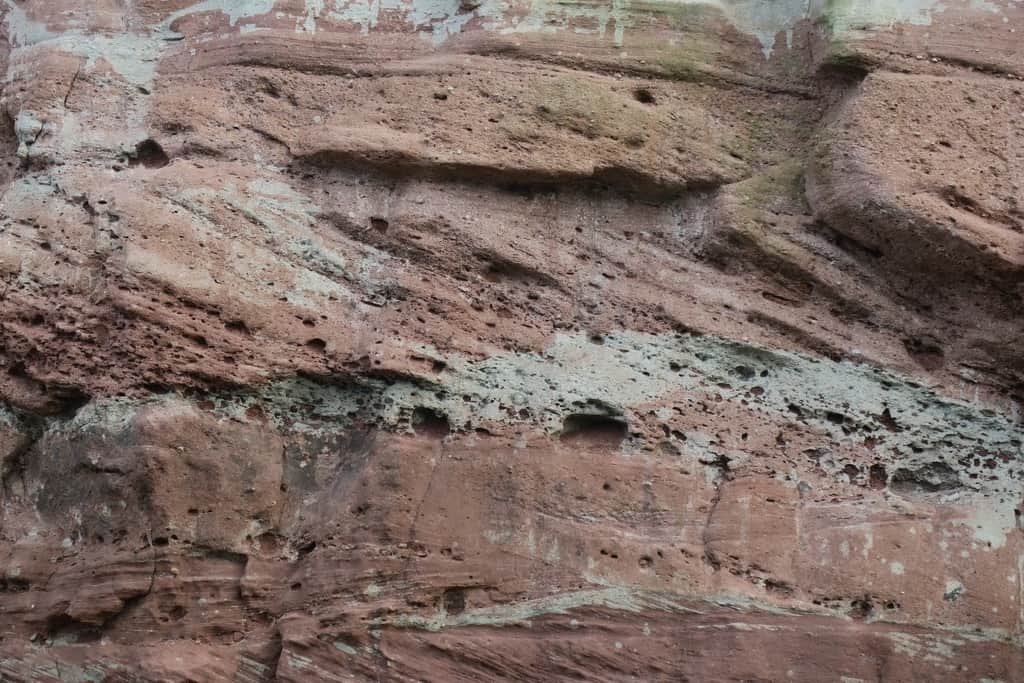 May 28, 2021 The Brownstones of Wilton Bluff and the Genius of John Allen Read More
We use cookies on our website to give you the most relevant experience by remembering your preferences and repeat visits. By clicking “Accept All”, you consent to the use of ALL the cookies. However, you may visit "Cookie Settings" to provide a controlled consent.
Cookie SettingsAccept All
Manage consent