Meandering its way for 109 miles from Bridgnorth to Gloucester through the Abberley and Malvern Hills Geopark, the Geopark Way passes through stunning countryside as it explores 700 million years of geological history across four counties. The trail offers varied walking alongside rivers, through forests, along ridges and across valley floors, all with majestic views. Passing through an abundance of habitats, there is a plethora of wildlife offering additional interest. Quaint villages and towns dot the route bringing further elements for exploration and enchantment. You can find out about the Guidebook by following this link.
Recognised as a long-distance permanent walking trail by Ordnance Survey in 2018, the Geopark Way is included on OS digital mapping and will be added to their paper maps as they are revised.

The Geopark Way is checked regularly and looked after by a team of dedicated Geopark Way Wardens who volunteer their time to keep the pathways as clear as possible for those using the trail. The Trust is always immensely grateful for their time and effort.

If you have anything to report about the Geopark Way, please contact the Trust’s Geopark Way Officer at s.knox@worc.ac.uk.

The Geology of the Geopark Way

Starting in the town of Bridgnorth, Shropshire, the Geopark Way explores the Permian sandstone cliffs that separate Bridgnorth into a High and Low Town, overlooking and lying on the banks of the River Severn.

Travelling south from Bridgnorth, the trail passes through the Wyre Forest Coalfield. Along with exposures of Carboniferous cyclothem lithologies, the trail encounters evidence of the social and industrial impact which the availability of natural resources had on local communities. There is much to be seen highlighting the mining history of the area.

Leaving the coalfield, the trail passes over a succession of Permo-Triassic sedimentary rocks and visits the Quaternary wind blown sands which cover the lower terrace of Hartlebury Common. This local nature reserve is celebrated, not only for its geology but as a lowland heath and as a common with a social history spanning at least 2000 years.

Next, the trail veers westwards and crosses over the East Malvern Fault where the topography becomes more dramatic as the Silurian limestones and shales of the Abberley Hills come into view. Rock exposures, fossils, bentonites, quarries and abandoned lime kilns collectively tell a compelling story of this series of rocks.

Dropping down from the Abberley Hills, the trail reaches the River Teme, following its course through the dramatic Knightwick Gap, before heading to Alfrick and the spectacular Knapp and Papermill Nature Reserve.

Continuing south and travelling further back in time to the Precambrian, the route encounters the Malvern Hills; an area still not fully understood, geologically with theories of chronology still fuelling debate amongst geologists. The Geopark Way visits several sites on the hills to capture the essence of their geological history, peppering the science with tales of folklore and the Victorian Water Cure phenomenon which placed Malvern on the map: No better way to explain hydrogeology!

Leaving the Malvern Hills, the trail explores the Silurian hills and valleys of the south west quarter of the Malvern Hills Area of Outstanding Natural Beauty before sweeping back to the Malvern Hills ridge line. Here the horizon changes as the Cotswold Hills come into full view. Into Gloucestershire the trail passes over the inlier of May Hill with its distinctive crown of Jubilee trees from Queen Victoria’s reign, before entering into Huntley Quarry Geology Reserve to explore the fault and fold structures, clearly seen on the quarry face.

The final section of the trail leads you over the relatively flat plains of late Triassic and early Jurassic sediments, visiting sites to unveil the River Severn’s formational history and, perhaps, view the Severn Bore before arriving at its final destination of Gloucester Cathedral. This wonderful building, constructed from oolitic limestone, makes a fitting final stop on a walk across 700 million years of Earth history. The end of the trail is marked by a stone depicting the trilobite Dalmanites, used as the easily identifiable logo throughout the Geopark Way. 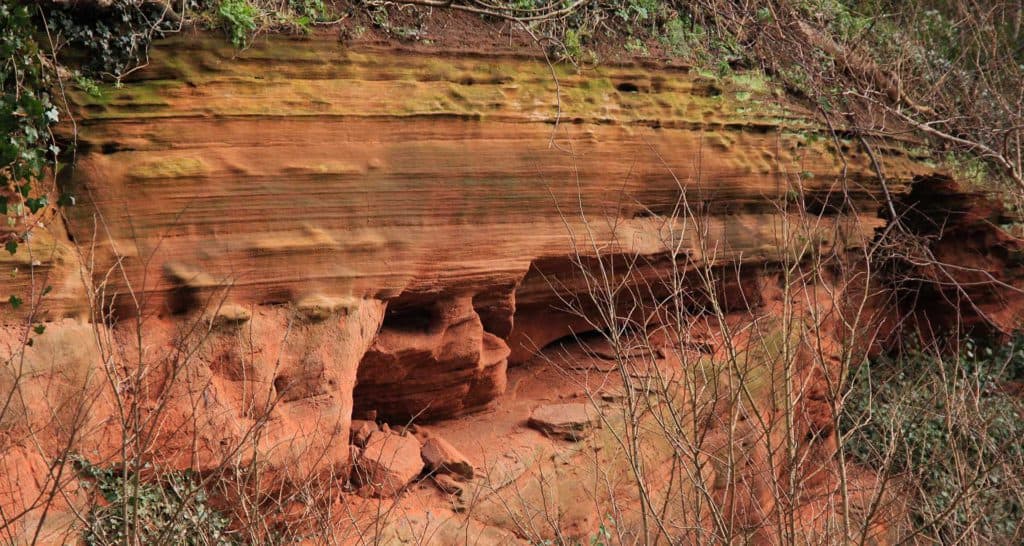 For further information on the Geopark Way, please click on the links below

Each trail section within the guide is headed by a map detailing the route and sites of interest..

The three trail routes were devised to incorporate a section of the Geopark Way long distance walking trail, with each trail visiting former aggregate site/s that are located off the main trail.

Exploring Aggregates along the Geopark Way

Please add some post posts to load them here. 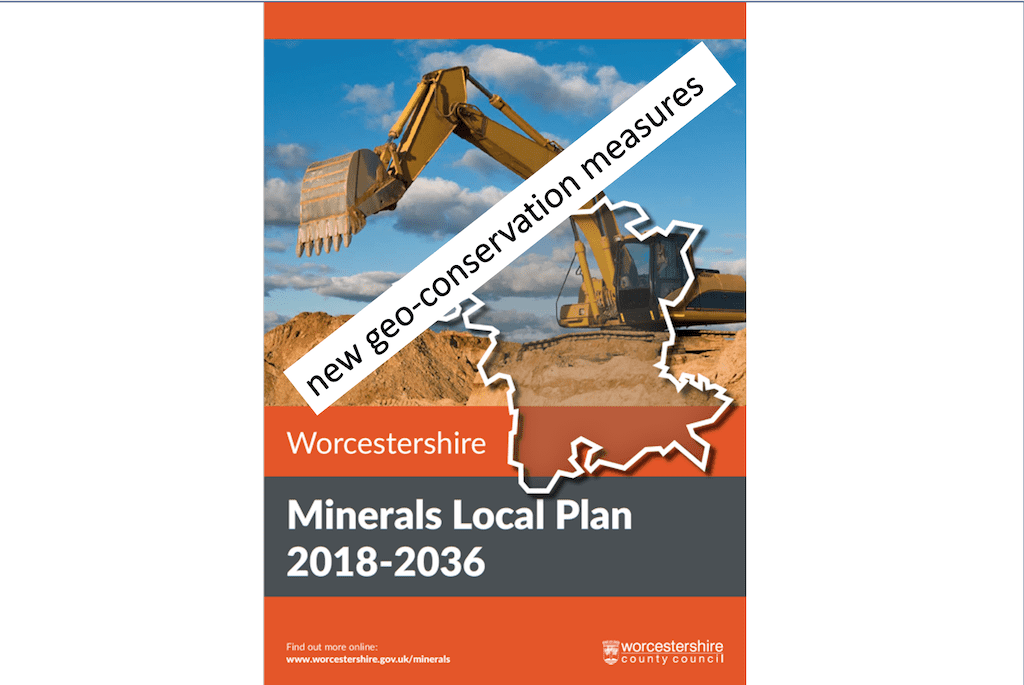