At the end of July, a group from Malvern Hills Crayfish Group together with two trainee students, visited the quarry equipped with pond nets and trays to sample the life of the pools that formed when the excavation of rock ended. The importance of this was to discover whether any rare or predatory animals were present which could influence the decision of English Nature and the Environment Agency over the suitability of the pools to introduce a breeding population of the rare and threatened White Clawed Crayfish. 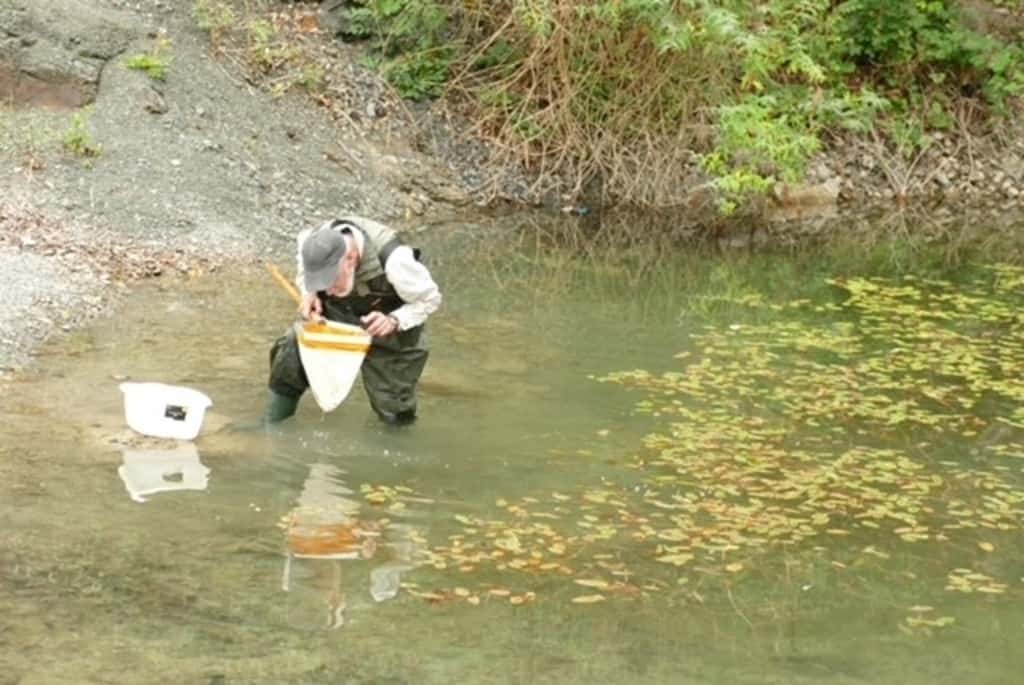 The pools have already been surveyed for water quality such as mineral content and pollution, as well  as having been tested for the DNA of another rare animal the Great Crested Newt. Results so far were favourable and there were no Great Crested newts to consider. The results of our survey showed an extremely large number of another species of newt, the Palmate newt, but these would not eat small crayfish. The adult crayfish might on the other hand use the newts as a source of food. Crayfish of all species are omnivorous and eat almost anything they can find in the way of plant or animal matter.

Other potential predators found were the aquatic larvae of Emperor Dragonflies but very importantly no fish were caught. There are thought to be a few three spined sticklebacks present but again these would not threaten the crayfish in any way. There were lots of algae and also dead leaves at the bottom of the pools giving an ample food supply. Various mayflies and beetles were the other numerous species.

In fact the only threat to crayfish (which are a small freshwater version of the lobster) will be the occasional duck and heron that have been seen around the pools. The droppings and contaminated plumage of ducks is the probable way many of the aquatic species arrived in the quarry. 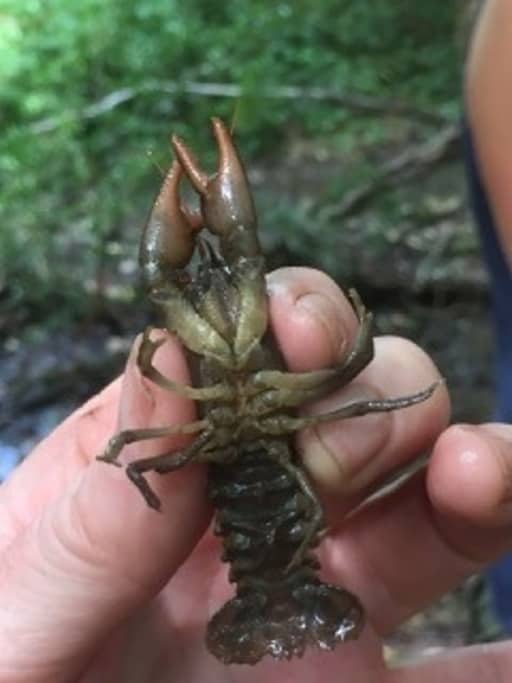 The conclusion of the survey was that the pools are suitable for the introduction which will await a license from English Nature to transfer adult crayfish from streams around the West Midlands that have been or are likely to be, invaded by the non-native Signal Crayfish, a species from North America that is both invasive and carries a fungal disease that is fatal to our native species.

Threatened with extinction in the West Midlands, the best way in the short term, is to establish ark sites where the White Clawed Crayfish can survive isolated from threats from Signal Crayfish. Which is where the Earth Heritage Trust and the quarry pools become important. All being well, the crayfish will be introduced in September 2021 and then monitored to check for breeding success every year afterwards.

If readers are interested in the project or crayfish in general they can visit our facebook page “Malvern Hills Crayfish Group UK” where there are many pictures and information in the files section. 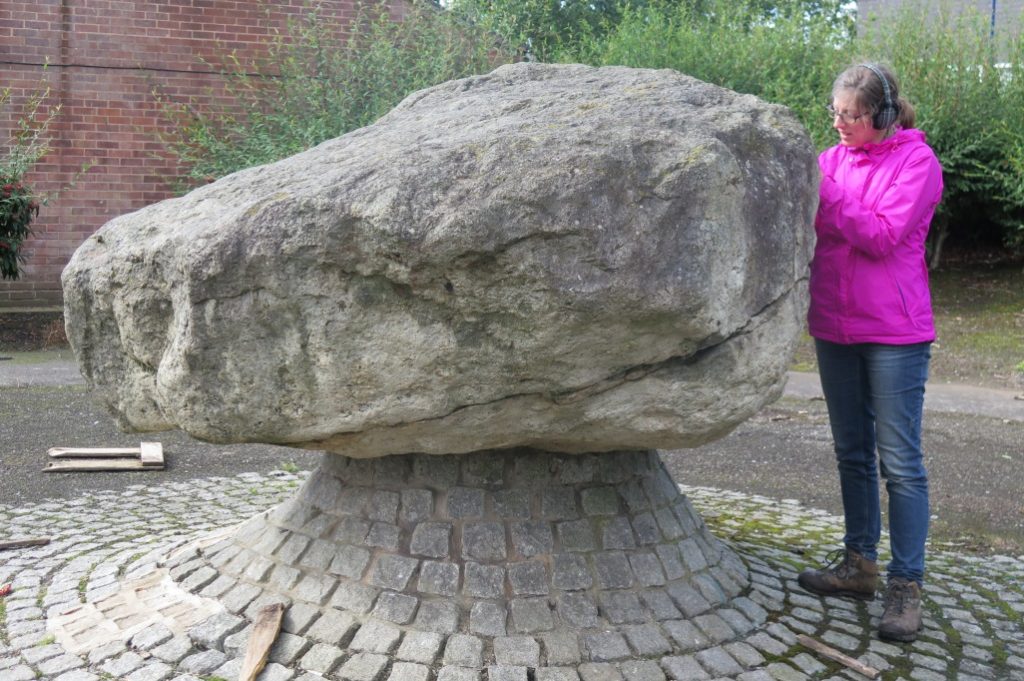 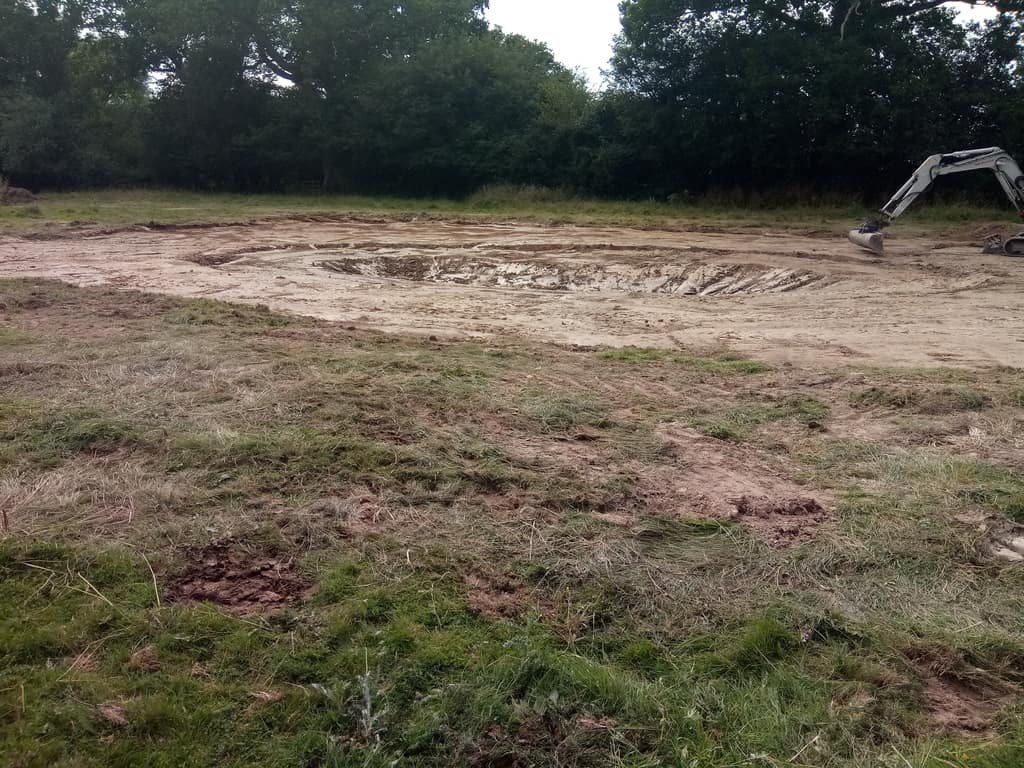 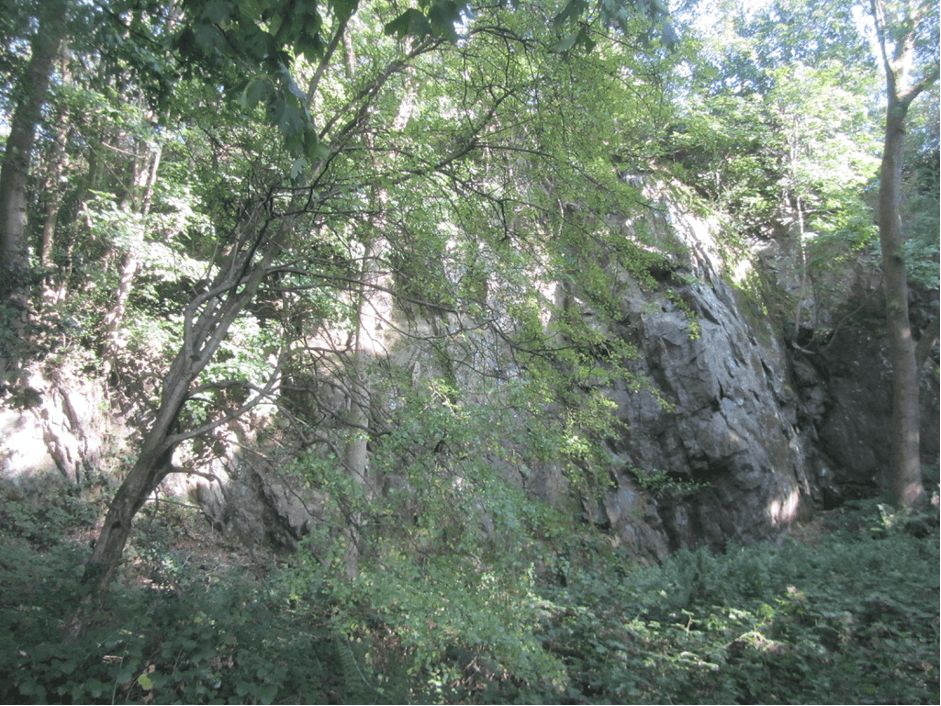 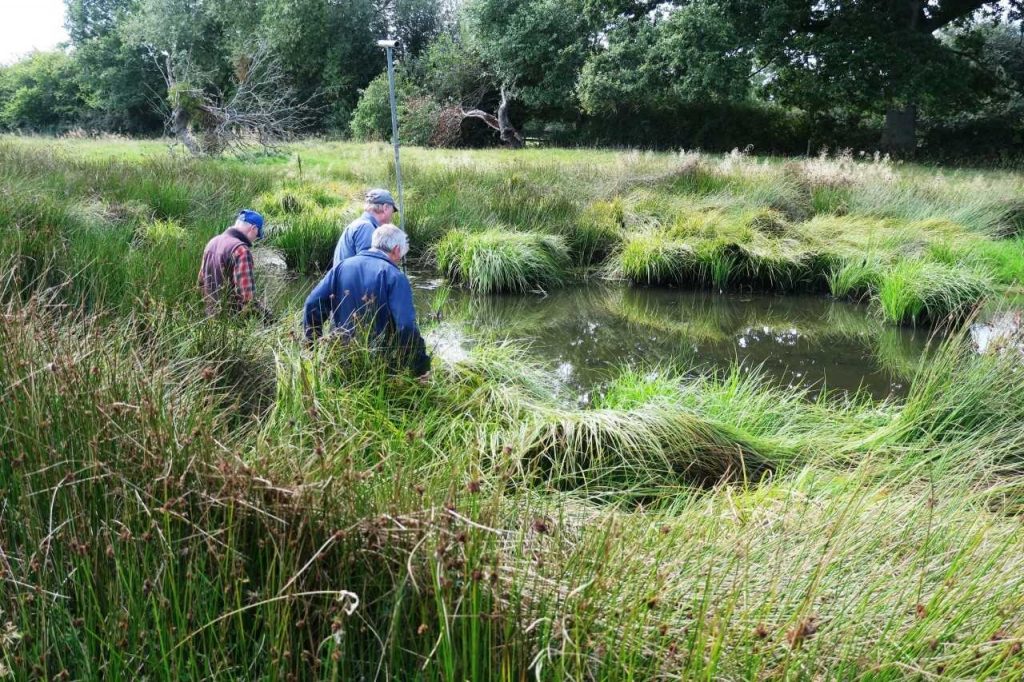 April 28, 2020 Conserving Herefordshire Ice Age Ponds Project April 2020 Update Read More
We use cookies on our website to give you the most relevant experience by remembering your preferences and repeat visits. By clicking “Accept All”, you consent to the use of ALL the cookies. However, you may visit "Cookie Settings" to provide a controlled consent.
Cookie SettingsAccept All
Manage consent