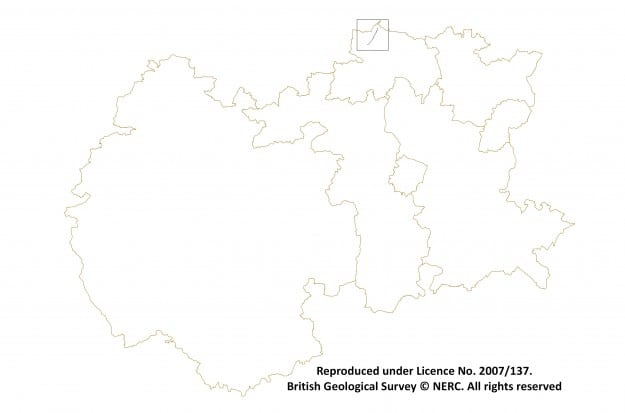 The period marks a time when the world’s continents were colliding, eventually to form the supercontinent Pangea. This joining of the continent into one large landmass leads to the appearance of the first extensive terrestrial rocks in Herefordshire and Worcestershire. They are traditionally known as the Old Red Sandstone.

The Senni Formation is a unit that was formerly positioned within the Breconian Group. It is one of the few lithologies of this age that has been quarried for aggregate. The unit crops out in southwest Herefordshire at Black Darren and the Cat’s Back.

Site examples and images are not available for this unit.