This working quarry in the Aymestry Limestone and overlying Upper Ludlow Shales extracts up to 2000 tonnes of aggregate material per day, and is expected to continue producing for another 22-25 more years. The Leinthall Earls fault runs roughly SW to NE just south of the quarry and is downthrown to the south, which has resulted in a repeat of the Aymestry outcrop on the other side of the fault. There is also a smaller fault zone running through the middle of the quarry, which is oriented roughly perpendicular to the Leinthall Earls Fault.

The Aymestry Limestone at this site is massive, nodular and fossiliferous, with varying amounts of silty and muddy material.  The fossils generally occur in bands and are dominated by brachiopods, such as Kirkidium knighti, corals and crinoid ossicles. The Upper Bringewood Beds (Aymestry Limestone) are well developed at Leinthall Earls Quarry where there is a shallow anticline exposing a thickness of 40m.   The overlying Upper Ludlow Shales are more thinly bedded and gently dip down the slope, towards the east.  There are layers enriched in iron with examples of Liesegang bands and polygonal cracking on one bedding surface has been recorded.

Downthrown – The side of a fault that has moved down relative to the other side of the fault.

Liesegang bands – Chemical bands in rocks (usually precipitations of iron), that developed after the formation of the rock and so are not dictated by sedimentary features, such as bedding. 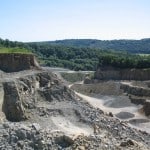 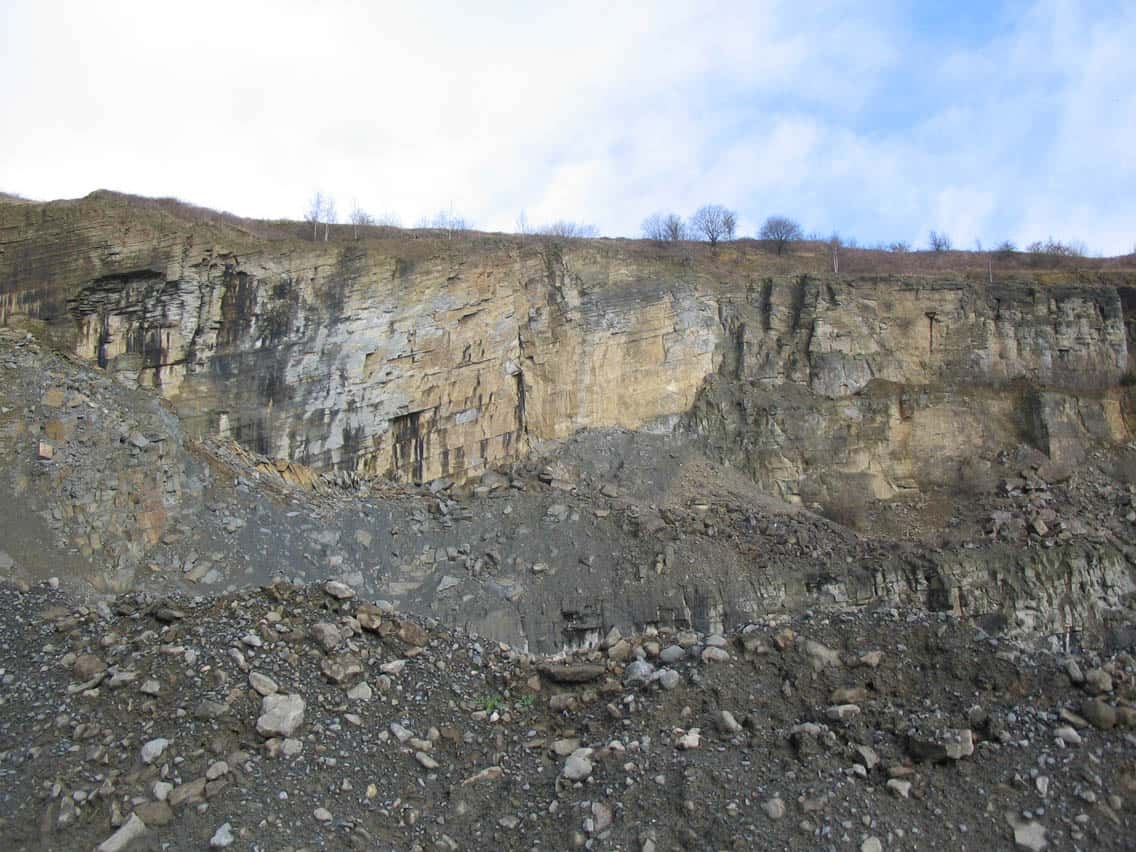 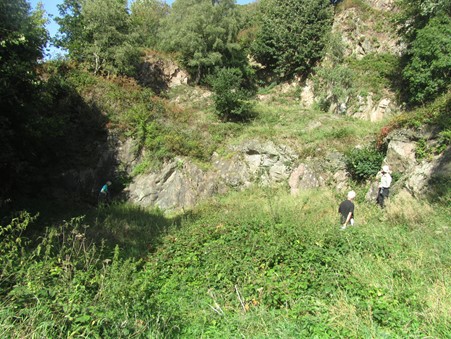 March 6, 2011 Trippleton Lane Read More
We use cookies on our website to give you the most relevant experience by remembering your preferences and repeat visits. By clicking “Accept All”, you consent to the use of ALL the cookies. However, you may visit "Cookie Settings" to provide a controlled consent.
Cookie SettingsAccept All
Manage consent