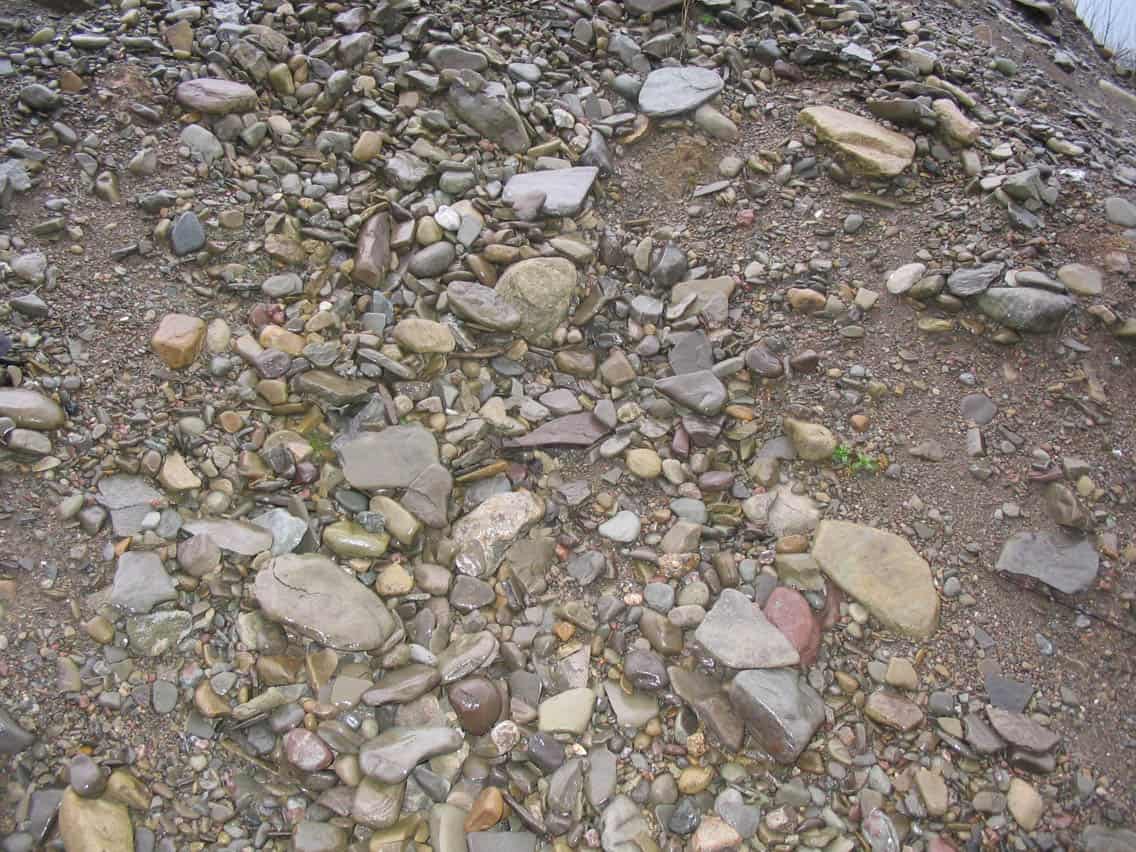 Shobdon Quarry was formerly used for the extraction of gravels from the kettle moraine deposited on the withdrawal of the Late Devensian ice-sheet.  These gravels contain locally derived Lower Old Red Sandstone pebbles with smaller proportions of Silurian siltstones, sandstones, shales and greywackes from Central Wales, in addition to vein quartz and possibly dolerite and gabbro.

Originally, the exposures were up to 5.2m, consisting of undeformed sand and gravel – representing proglacial outwash deposits – overlying 3.5m of kettle moraine with interbedded sand and silt.  Small sections in the undeformed gravel still remain at the margins of the former workings.

As a tongue of the Wye glacier melted, it deposited blocks of ice against the line of hills stretching from Kington, past Shobdon to Orleton. These were then buried under the debris that was washed out of (and off of) the glacier. When the ice blocks melted, the overlying sediment collapsed and the resulting hollow is known as a kettle hole. Kettle moraine is the term given to a glacial landform that has been created through the development of multiple kettle holes. Many of these kettle holes contain ponds, as the underlying clay-rich glacial deposits prevent water from draining effectively.

Pebbles and cobbles contained within the kettle moraine at Shobdon Quarry.