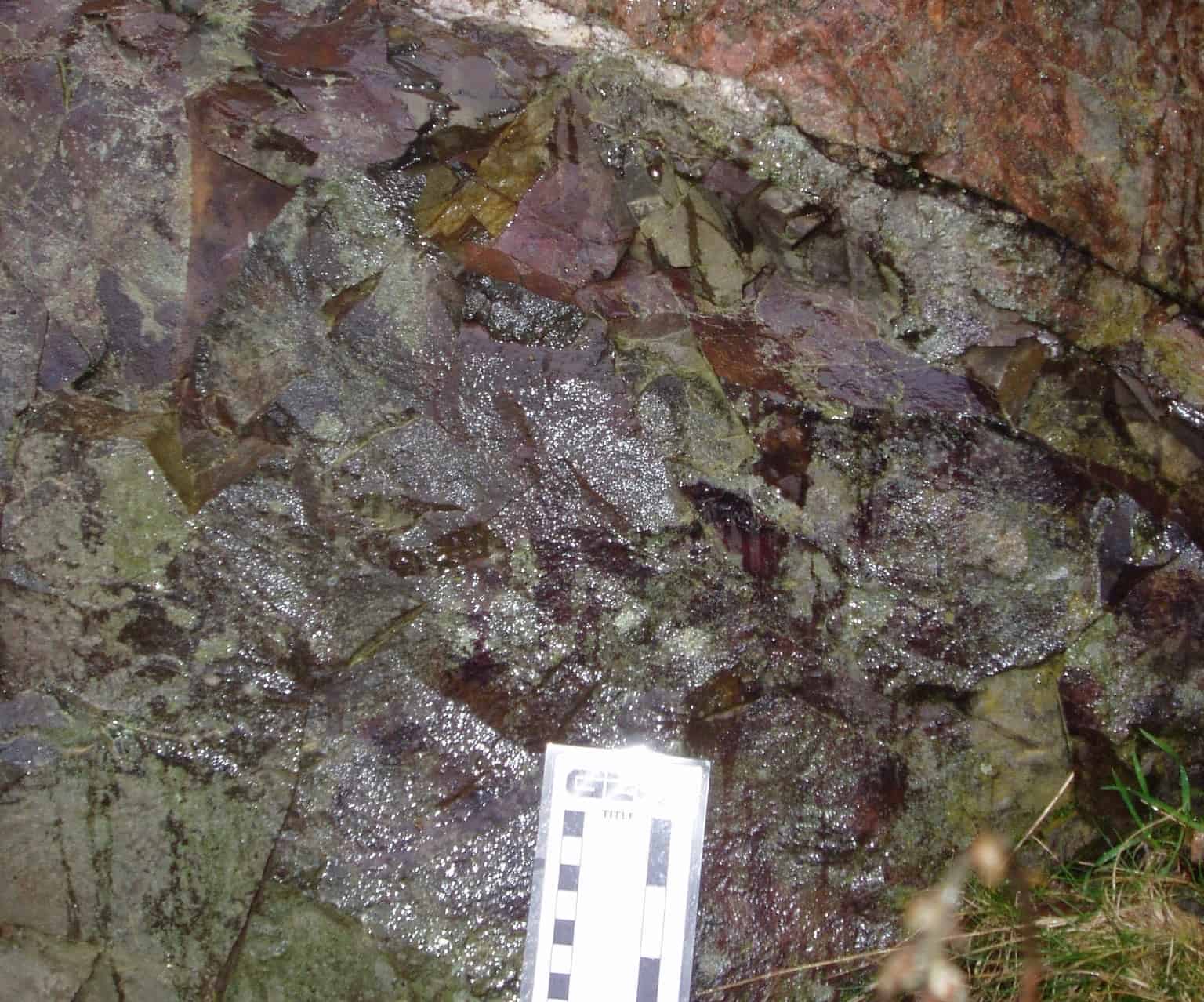 The Bartestree Dolerite is an intrusion of dolerite into the Silurian Raglan Mudstone Formation along the line of the Neath Disturbance, measuring 13.5m wide where it crops out at the WSW end of the quarry. It is a composite intrusion, having been formed by the sequential injection of three phases of basic material:

Green dolerite without olivine is seen on the southern extent of the outcrop.

Composed of teschenite, a type of dolerite characterised by the mineral assemblage olivine-analcime (zeolite). This solidified before the intrusion of phase three.

Basalt forms the central and major part of the dyke.

The dyke intrudes into the silty mudstones of the Raglan Mudstone Formation, which have undergone contact metamorphism close to the dyke margins, suggesting that the dolerite was intruded into cold country rocks.

Early workers suggested that the dyke may have been related to the latest stages of the Variscan Orogeny and suggested an age of ca. 295 million years as the age of emplacement and consolidation. The dyke has since been dated to between 260+/-20 million years and 186+/-18 million years and has been correlated with other Carboniferous-age dolerite in the Midlands.

Variscan Orogeny – A period of mountain building in central Europe, North America and southern England that took place between 380 and 280 million years ago.