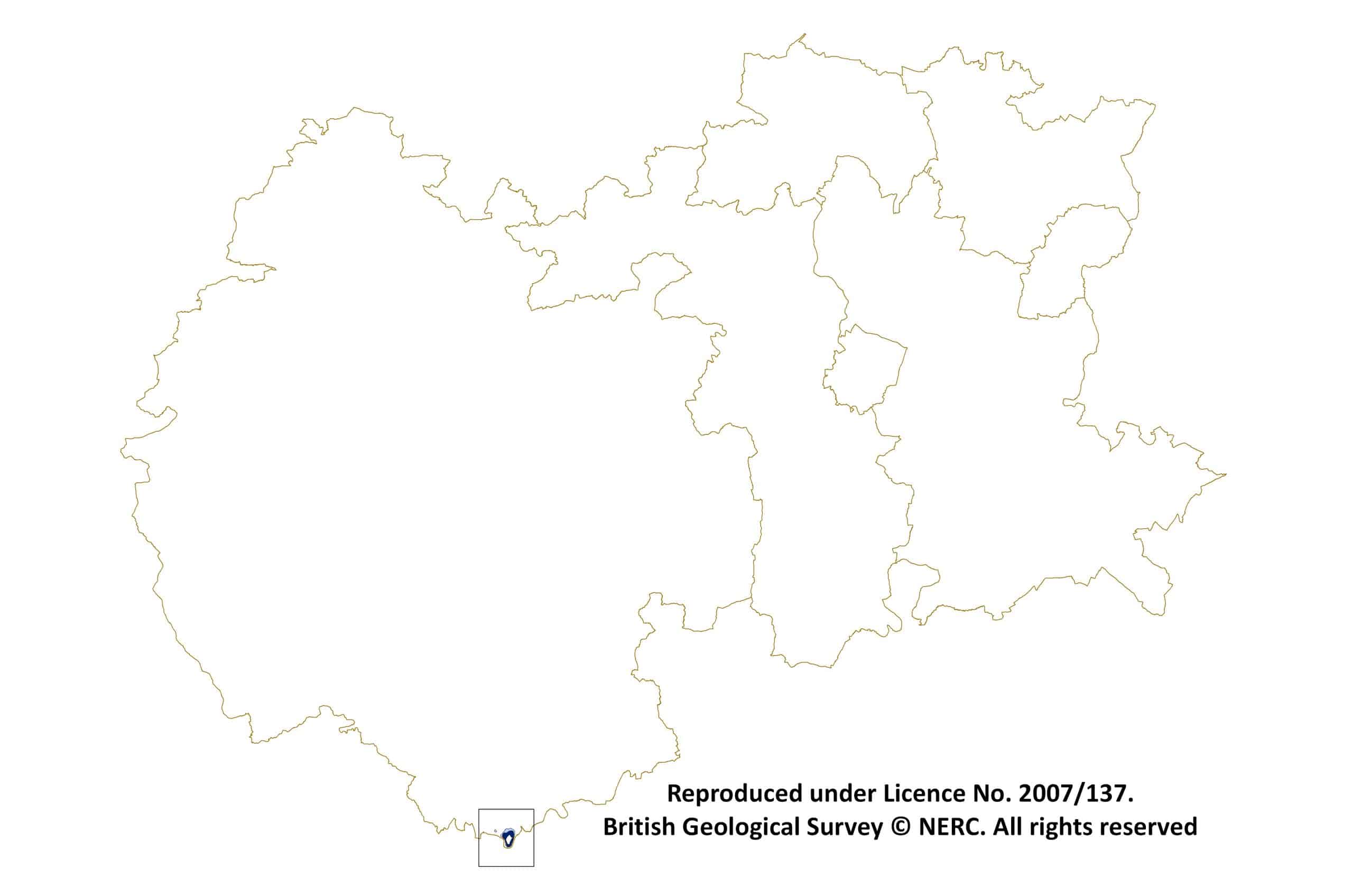 At the beginning of the Carboniferous, the arid terrestrial environment of the Devonian gave way to shallow marine conditions. South Herefordshire became part of a shallow tropical sea that stretched from Belgium westwards into Pembrokeshire.

The Gully Oolite Formation, formerly known as the Crease Limestone, crops out in southern Herefordshire forming crags on Little Doward. The oolitic content and dolomitisation characteristic of the unit suggests deposition in a lagoonal environment influenced by strong currents.

The Llanelly Formation, formerly known as the Whitehead Limestone Formation, lies stratigraphically above the Gully Oolite Formation and follows a similar outcrop pattern around Little Doward. Both these units belong to the Pembroke Limestone Group

This Formation comprises medium to thick-bedded, pale grey, oolitic grainstone with subordinate beds of fine-grained skeletal packstones. The unit is cross-laminated and cross-bedded, with local evidence of burrowing. In Little Doward, the generally oolitic limestone is dolomitised in places. A palaeokarstic surface overlain by a green/red mudstone/clay palaeosol caps the Formation. Around King Arthur’s Cave there are erosional features formed in the Crease Limestone when the River Wye was flowing at a higher level than the present.

A pale limestone with a significant algal content in places.

March 2, 2011 Cowleigh Park/Huntley Hill Formation Read More
We use cookies on our website to give you the most relevant experience by remembering your preferences and repeat visits. By clicking “Accept All”, you consent to the use of ALL the cookies. However, you may visit "Cookie Settings" to provide a controlled consent.
Cookie SettingsAccept All
Manage consent