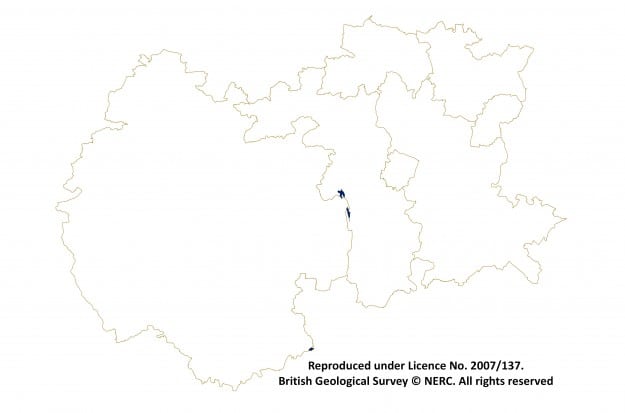 The unit consists of buff, brown and purple, medium-coarse sandstones and conglomerates, interbedded with thin mudstones, some containing brachiopod fossils. The rocks are interpreted as having formed from flash-flood events; such episodes washed out sediment to the shallow shelf sea that was in existence.

The type section at Cowleigh Park shows an upwards succession of the unit into the overlying rocks (Wyche Formation). Exposures in disused quarries on the banks of the Leigh Brook provide the best opportunity to view this Formation, although these are now becoming very overgrown and difficult to access.

The Huntley Hill Formation is seen on May Hill Common, where it contains very coarse-grained, pebbly feldspathic quartz sandstone, whose pebbles include quartzite and pink felsite. The beds are poorly fossiliferous.