The majority of this circular-shaped quarry is overgrown by trees and scrub leaving only one face exposed. The quarry exposes the Whitcliffe Beds, which form the upper part of the Upper Ludlow Shales Group.

The outcrop is heavily jointed and has a sandy brown weathered surface.  In fresh section, the rock is a laminated micaceous (mica-bearing) siltstone with shaley intervals (approximately 2-3 centimetres in thickness).  There is variation in hardness and colour (light buff to light brown) throughout the outcrop.  The unit contains abundant brachiopod fossils up to 8mm in length, which are seen cross-cutting laminations and weathering out along jointing planes.

Weathered out casts are common features along the jointed quarry face and appear to be weathered out nodules of up to 30 centimetres in diameter.  As seen at the Leinthall Earls Road site, the casts appear associated with certain horizons.  Similar features were found elsewhere in the quarry in filled with muds.  Convolute bedding and cross bedding are common. 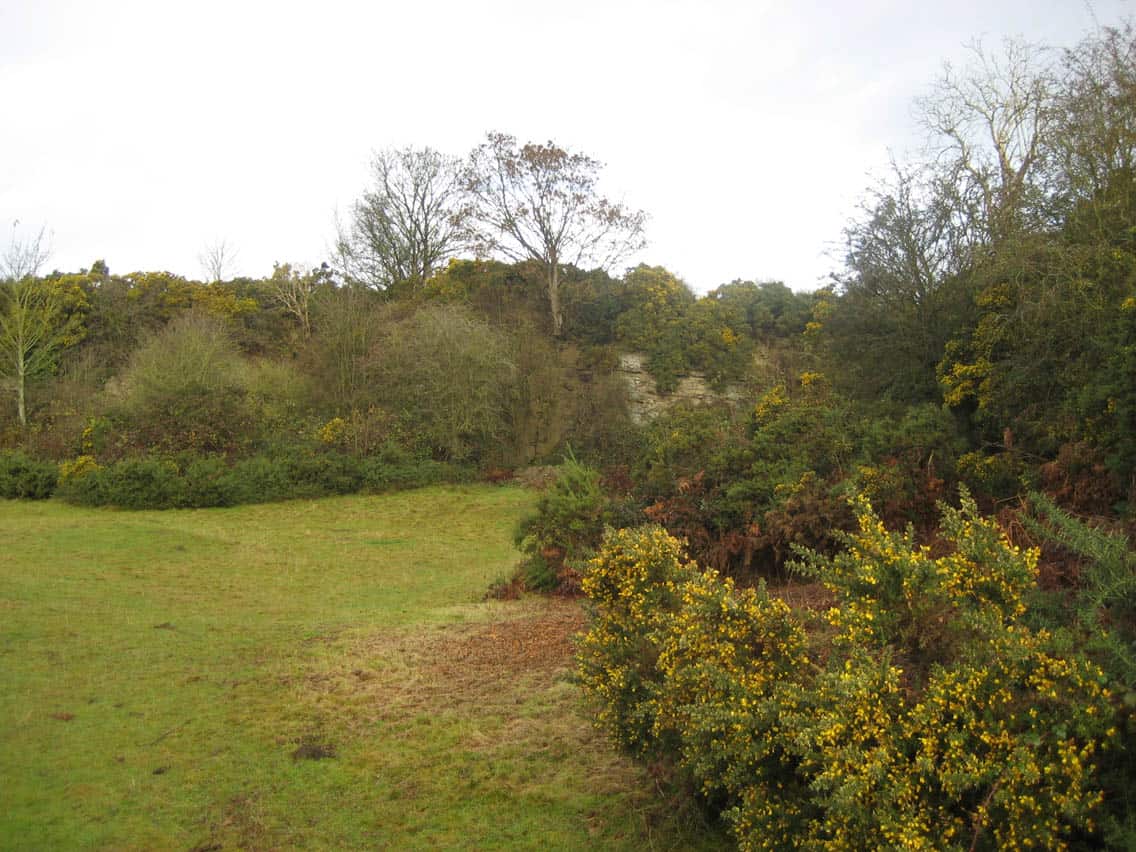 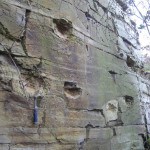 Nodules in the Whitcliffe Member that have preferentially weathered out, leaving hollows up to 30cm in diameter. 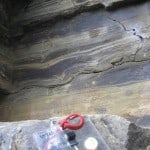 Convoluted bedding in the Whticliffe Member formed during sedimentation, when wet sediment slumped down the slope on which it was deposited. 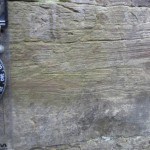 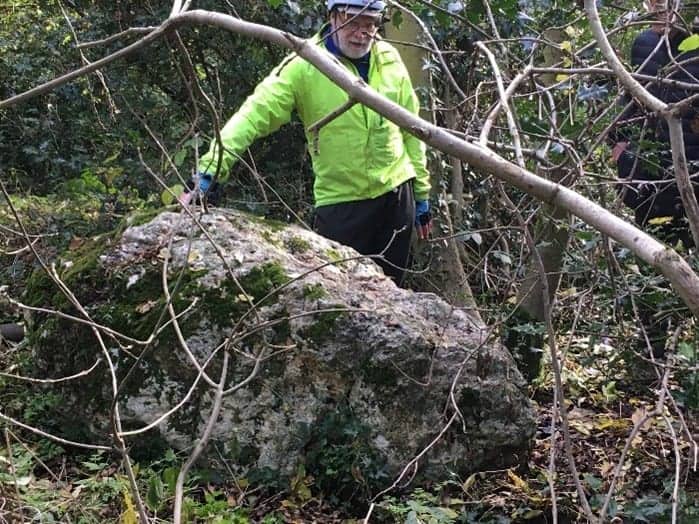