A note on Ox Hill and Pool Brook, near Malvern

Between the south-eastern outskirts of Malvern and the River Severn (Image 1) lie some interesting geomorphological features which appear to have received little attention in the geological literature. Carly Tinkler, a local environmental and landscape architect, recently raised the question to EHT, what are these features? This note offers some initial thoughts, which are shared in the hope that others may contribute. Ox Hill (image 2) is an east-west trending ridge standing some 30-35 metres above the surrounding terrain which in bedrock terms is composed of Sidmouth (Triassic) siltstones and sandstones. There is no indication on the local BGS map of any structural or lithological variation in this bedrock which might readily explain the existence of this ridge. However, the ridge is capped by a layer of Quaternary gravels, mapped as ‘head’, and this capping appears to have been significant in giving the ridge some measure of protection from erosion. Currently, small exposures of these gravels occur at base of some of the larger trees lining Wood Street (sometimes known as the ‘salt way’) running along the apex of the ridge, but the gravels are best seen at SO80354443 in the public footpath (image 3) running from the Guarlford Road over the ridge towards Hanley Swan.

These gravels are dominated by subangular clasts derived largely from the rocks of the Precambrian Malverns Complex which form the Malvern Hills, c.3.5km to the west, but there are also some sandstone and limestone clasts, probably of Silurian origin. The gravels are part of the remains of large sheets of soliflucted material found on both sides of the Malvern Hills and which were laid down under periglacial conditions during the cold stages of the Quaternary Ice Age. Since then, these sheets which are generally 1 – 2m in thickness, have become broken up by subaerial erosion, particularly in places where local streams have cut down through the gravels, and erosion of the relatively soft underlying bedrock is likely to have been fairly rapid. This readily explains the situation at Ox Hill, which is flanked by two of the headwater streams of the Pool Brook, leaving it as an isolated ridge. There are also similar erosional ridges, although perhaps not quite as pronounced as Ox Hill, lying to the south in the Welland and Castlemorton areas, and these too, have cappings of head.

Exactly when the solifluction sheet was deposited, and when the Ox Hill ridge and similar areas became to be eroded, raises a number of questions. The solifluction deposits in this local area must postdate the Anglian glaciation (c.450ka) as any superficial deposits preceding that are likely to have been eroded by the ice sheet which occupied the Severn valley at that time. There have been several cold stages within the Quaternary since then.

In Colwall and Mathon on the west side of the Malvern Hills, there are well documented geological records of head immediately overlying Anglian till, and the solifluction sheets have probably been added to in each of the subsequent cold stages. In the last of these, the Devensian stage (c. 115,000 to 12.000 ka), although there was no glacial ice in the Malverns area, there is considerable evidence of extensive permafrost conditions, which is strongly conducive to solifluction on hillsides. If the valleys on either side of Ox Hill had existed before then, one would expect to see extensive soliflucted materials within those valleys. This does not seem to be the case, which leads to the conclusion that the erosion of the valleys must be a post-glacial phenomenon, i.e occurring within the past 12,000 years.

Turning to the Pool Brook, this is one of several stream courses on the eastern side of the Malvern Hills which flow from west to east directly into the River Severn. However, within c.500 metres of the Severn in an area known as Rhydd Green, the eastwards-flowing Pool Brook turns to flow south, and only finally enters the Severn just short of Upton, about 5km away. Quite why this diversion has occurred is not immediately clear. It may be a simple ‘levee effect’ at some time in the past whereby the alluvial sediments deposited by the Severn in times of flood have caused the immediate ground on either side of the main channel to be raised, and in this case, sufficiently high enough to have diverted the Pool Brook. However, there does not now appear to be any sedimentological evidence of a levee built by the Severn at this locality, and in any case, the Pool Brook at this point now lies some 8/9m above the elevation of the current flood plain of the Severn.

Perhaps more intriguingly, there is a small isolated area mapped as head by the BGS in a position through which one might expect the course of a pre-diverted Pool Brook to have passed (as indicated on image 1). Currently, this area of head is devoid of exposures, and would certainly merit closer investigation. The ground surface of the head here lies at about 21m O.D., which is some 25m below the deposit on Ox Hill, and it may not be part of the original soliflucted sheet. The term ‘head’ tends to be a rather generalised term, and head found at lower elevations in some localities in the Malverns, for instance in small stream valleys close to Colwall Green, appears to have been redeposited by later downslope movement or fluvial action.

Finally, there is also the possibility that the diversion is man-made, although there is no obvious surface evidence of this, but it thought that there some minor rearrangement of stream courses may have taken place in the 18th century on the Blackmore Park estate. However historical maps dating back to this period show that the course of Pool Brook in the Rhydd Green area was the same as today. Nevertheless, some further documentary research and field investigation is called for.

Finally, it is interesting to note than the unusual course of the Pool Brook is replicated in the Laugherne Brook at Worcester. This has an eastward flowing course but then turns south at Hallow, about 1km from the Severn, to join the Teme at Powick, c.6km away. One possibility is that these north-south sections of local streams represent the remnants of abandoned braided river channels emanating from the Devensian glacier far to the north and are associated with the outwash terraces deposited elsewhere along the length of the lower Severn.

My thanks to Carly Tinkler, John Payne, and Moira Jenkins for comments and additional information. 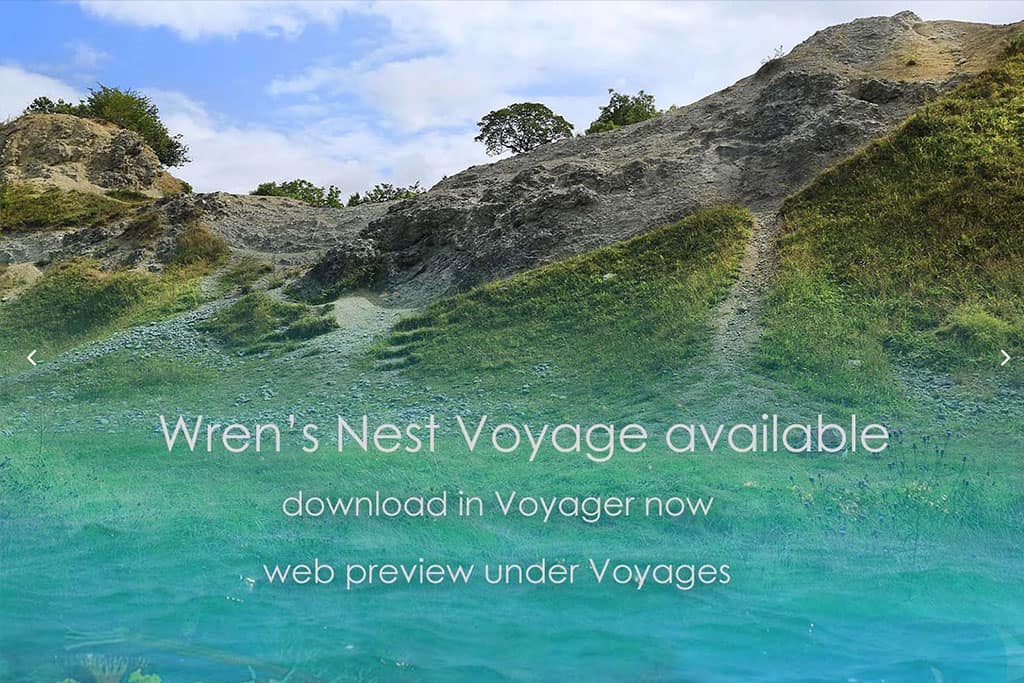 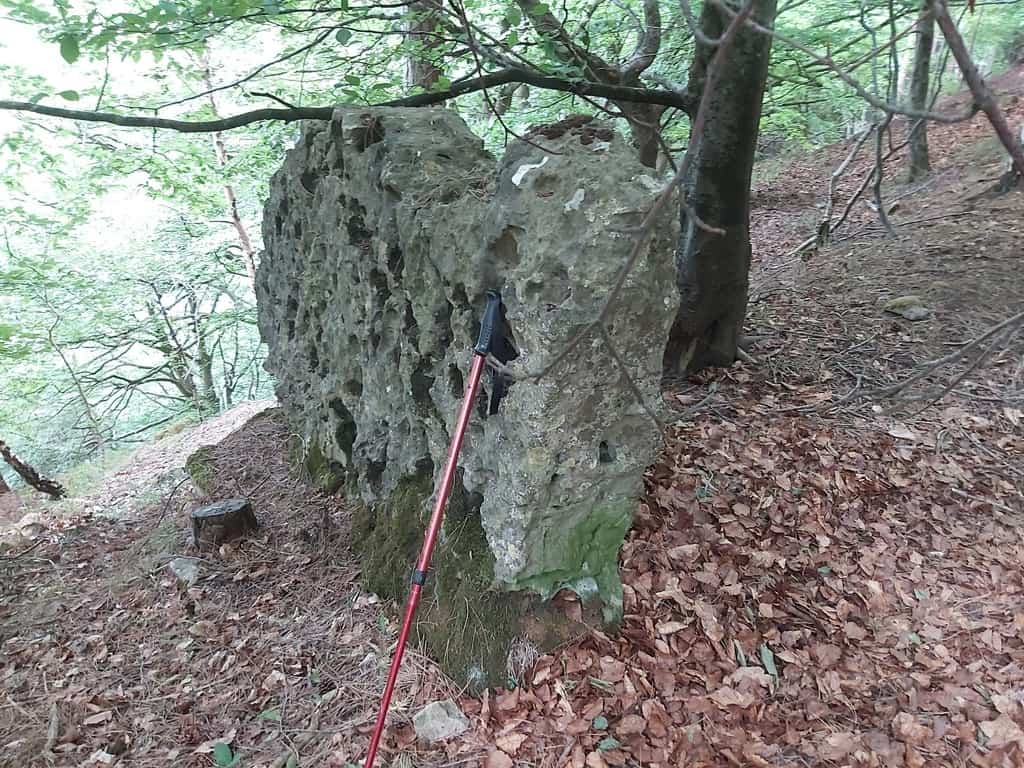 April 23, 2013 GeoFest 2013 – What’s on! Read More
We use cookies on our website to give you the most relevant experience by remembering your preferences and repeat visits. By clicking “Accept All”, you consent to the use of ALL the cookies. However, you may visit "Cookie Settings" to provide a controlled consent.
Cookie SettingsAccept All
Manage consent